Welcome to a mod-free football experience! A Forum designed and created by Vince from 606. A place for ALL FANS to come and chat ALL FANS FROM ALL CLUBS WELCOME!

Who is online?
In total there are 2 users online :: 0 Registered, 0 Hidden and 2 Guests

Yesterday at 5:24 pm by skyblueoz

» My granny would have scored that

Top posting users this month
May 2022 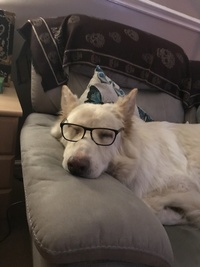 I hope he gets sent down. Will send the right message. 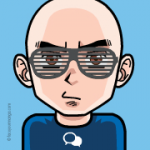 Be careful what you wish for. Trump has been replaced by a buffoon

Much rather have a buffoon than a racist, sexist, homophobic, corrupt grifter in charge.

Topdawg wrote:Much rather have a buffoon than a racist, sexist, homophobic, corrupt grifter in charge.

Indeed so how do we get rid of Boris ??

Would you rather have a paedo than a buffoon? The battle of two odious, dirty old men. Neither will be good for America or Britain.

TMG wrote:Would you rather have a paedo than a buffoon?

Are you arguing about who is the dirtier old man whilst ignoring what Trump has done?

I’m not arguing. I’m just pointing out be careful what you wish for. Trump can be an unprofessional asshole but Biden’s child touching and his mental state hardly make him a great replacement.

I don’t think either of them are fit for any kind of public office. Trump is vile human being who, I believe, has done irreparable damage to democracy in the US during his tenure. He is wilfully undermining the next president’s status by discrediting an election result that he knows was not fraudulent. More worryingly for Americans is the fact that he has dragged the Republican Party into the dirt with him. Very few of them spoke out against his racist and sexist behaviour, preferring instead to support him so as to enhance their own interests.
However, having said all that, is Biden seriously the best that could’ve been put up against him? He is a man that I would not trust to run a corner shop near a school. Most worryingly for me is his faux-Irishness. It’s not a good sign when he’s introduced to a BBC film crew and he turns away from them saying ‘I’m Irish’, or his ‘joke’ about not allowing anybody to wear orange in the White House. He’s clearly got an axe to grind, and with his questionable mental state that doesn’t bode well for us.

Trouble with us politics is it is all about who has the money to run for president not who could be a great politician. how many ordinary folk could have made a far greater president but never had the opportunity because they cannot compete financially?

Sorry to be so late posting on this subject - haha can't resist to add that its good riddance to the disgraced, twice impeached grifter who bungled his way through the Presidency - a real numb nuts.  How embarrasing that people were dumb enough to vote for a reality TV star who was sued for his grift of Trump University, sued by 12 women for either sexual harrassment and/or rape, bungled his way through the pandemic, lying and trying to stop testing so that the numbers would look better.  Accepting Putin's aid to get elected, leaving the Paris climate - trying to walkaway from NATO and fucking up the talks with the Taliban as he was trying to withdraw troops from Afghanistan - so that Bidenwas left with the mess.

If you think Biden's mental state is iffy - then look no further to Trump.  Planned a coup to overthrow the duly elected President and is responsible for 5 deaths in that insurrection.  Has spread the lie that the election was stolen conning millions of lemmings.  Supports the Proud Boys, the Nazi movement and Q-Anon.  His wife didn't do anything as First Lady - her nude photos are all over the internet.  What a pair.  What a grift - what a con!!! 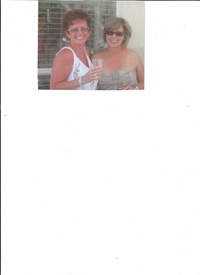